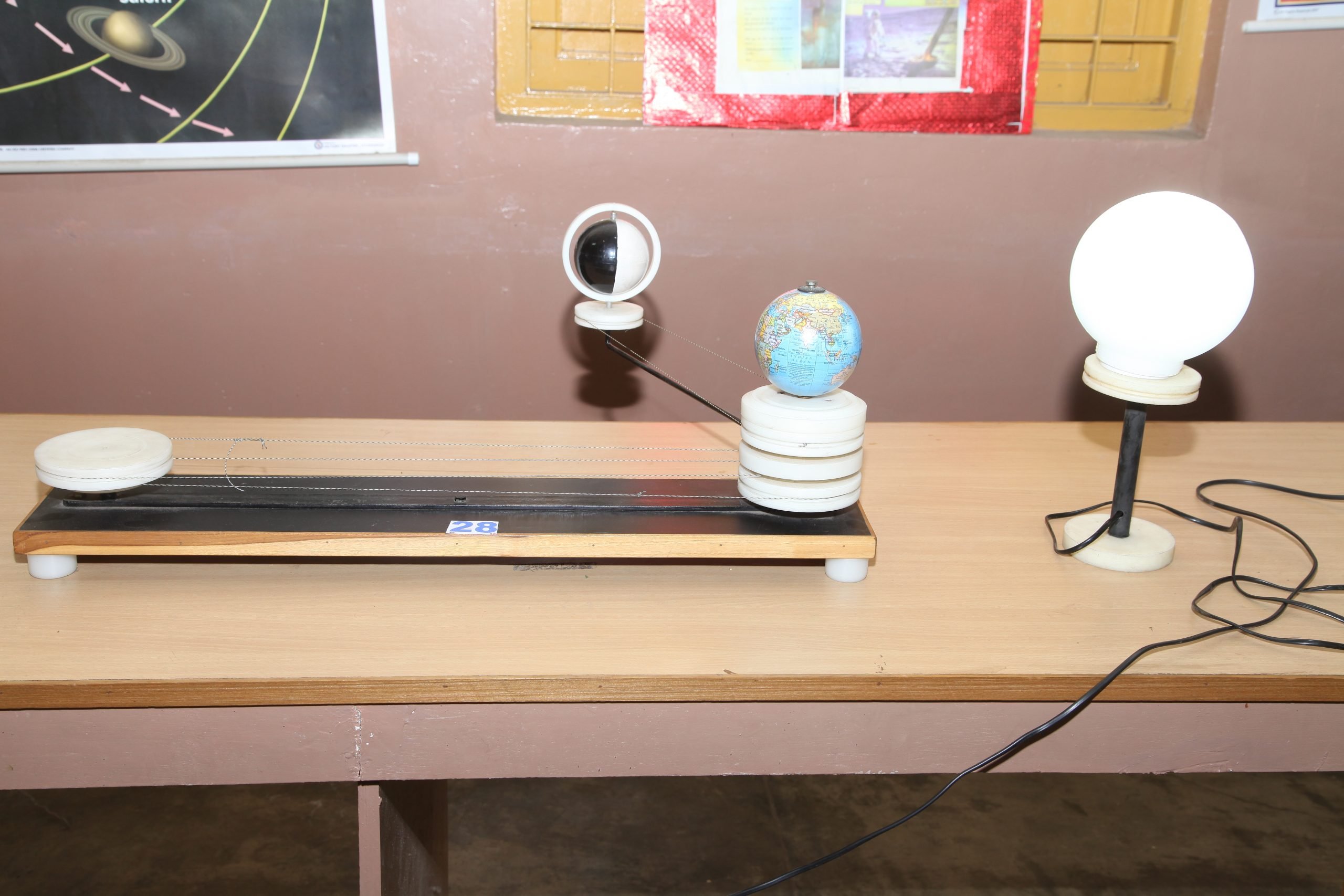 You can observe the revolution of moon around the Earth

The lunar phase or Moon phase is the shape of the directly sunlit portion of the Moon as viewed from Earth. The lunar phases gradually change over the period of a synodic month (about 29.53 days), as the orbital positions of the Moon around Earth and of Earth around the Sun shift.

The Moon’s rotation is tidally locked by Earth’s gravity; therefore, most of the same lunar side always faces Earth. This near side is variously sunlit, depending on the position of the Moon in its orbit. Thus, the sunlit portion of this face can vary from 0% (at new moon) to 100% (at full moon). The lunar terminator is the boundary between the illuminated and darkened hemispheres.

Each of the four “intermediate” lunar phases is around 7.4 days, but this varies slightly due to the elliptical shape of the Moon’s orbit. Aside from some craters near the lunar poles, such as Shoemaker, all parts of the Moon see around 13.77 days of daylight, followed by 13.77 days of “night”. (The side of the Moon facing away from Earth is sometimes called the “dark side of the Moon”, although that is a misnomer).

Story by Ms. Rani Subramaniam It was...

GALLIUM: A METAL IN LIQUID STATE AT ROOM TEMPERATURE

Gallium is a chemical element with the...

This Multi Span Suspension Bridge is in very...